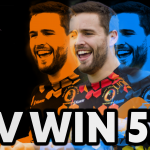 The Spartans 1XV played their first game of the season against a physical Didsbury 3XV.
Didsbury started strong with a hunger for contact, picking and going off the ruck, scoring the first try of the match within an aggressive first 10 minutes.

Didsbury put pressure on the Spartans defence for 10 minutes, coming close to going over the whitewash. The Spartans held out with exceptional resilience, and saw Spartans first try of the match on the 20 minute mark. 5-5 a piece.

Spartans came into their stride following their first points on the board, clinical in finding space, scoring a further 2 tries before 30 minutes were up. 17-5 to the home side.

The Spartans were still baying for blood before the first half whistle. The game started to open up in the final 10 minutes of the first half with a further 2 tries being scored. 29-5 at the break.

The start of the second half saw the Spartans pushed back into their 22 for 5 minutes. The Spartans continued to revel in the contact area, keeping Didsbury away with sublime tackling and counter-rucking on display.

Spartans found their stride again after the first 5 minutes of the second half, exploiting space and the set piece. A flawless final 35 minutes with the Spartans scoring a further 4 dynamic tries to conclude an incredibly physical match with Didsbury to finish 57-5.

A hard fought first win for the Spartans. We go again.