OUR 20TH ANNIVERSARY PROJECT IS GROWING

The Spartans’ ground-breaking, photography project developed with top London Photographer, Andy Barnham was established to celebrate the passion and diversity of players across the game of Rugby Union from grassroots all the way up to International superstars.

The project was borne out of an idea to celebrate the players and volunteers who helped our gay and inclusive rugby club become what it is today.

The idea took off when Andy Barnham and the Spartans approached the 1st team and senior management at our Gallagher Premiership Rugby neighbours at The AJ Bell, The Sale Sharks.

Today, in addition to buying the Signed Sale Sharks player portraits below, we’d encourage you to visit Andy Barnham Photography for more information about the ever-growing campaign and enjoy his shots of players from more and more grassroots, inclusive rugby clubs across the UK.

The entire 1st XV team at Gallagher Premiership Rugby Union Club, Sale Sharks, have stepped in front of the lens to support a ground-breaking new photography project, “Portraits of Pride in Union” that celebrates the passion and diversity of rugby union players across the game.

The project is the brainchild of The Manchester Village Spartans – one of the world’s first Gay and Inclusive Rugby Clubs, formed back in 1999 on Canal Street in Manchester – who are celebrating their 20th birthday with a large fundraising gala on August 23rd at The Midland Hotel and who commissioned the project to help raise awareness of rugby for all.

The grassroots team based at Sale Sports Club, helped establish the worldwide Inclusive Rugby phenomenon and have worked hard over the decades to grow participation and enjoyment in rugby across the UK and beyond.

“Sale Sharks are deeply committed to supporting grassroots clubs across the region through the Sharks Community Trust and our 100 Club partnership scheme” said Jonny Acheson, Head of Brand at Sale Sharks. “As members of our 100 Club, we’ve supported the Spartans over their two decades and are delighted to help them celebrate this milestone in their history by getting right behind this impressive, creative project.”

In total, thirty-four stunning  portraits have been shot of players and staff at Sale Sharks by London-based, professional photographer, Andy Barnham, whose work includes shots of fashion-model David Gandy, musician Tinie Tempah, Olympians and politicians like the USA’s Condoleezza Rice. 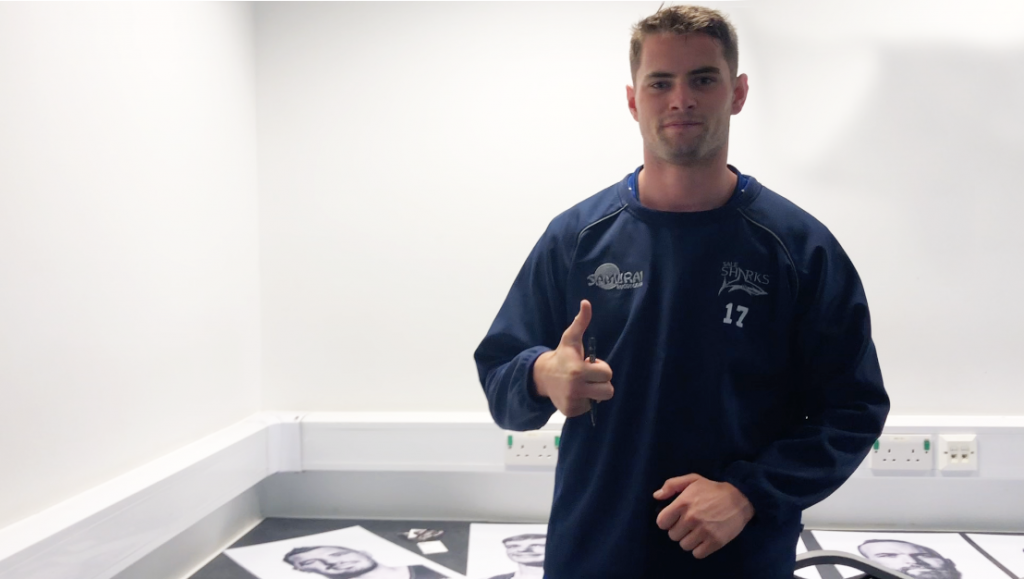 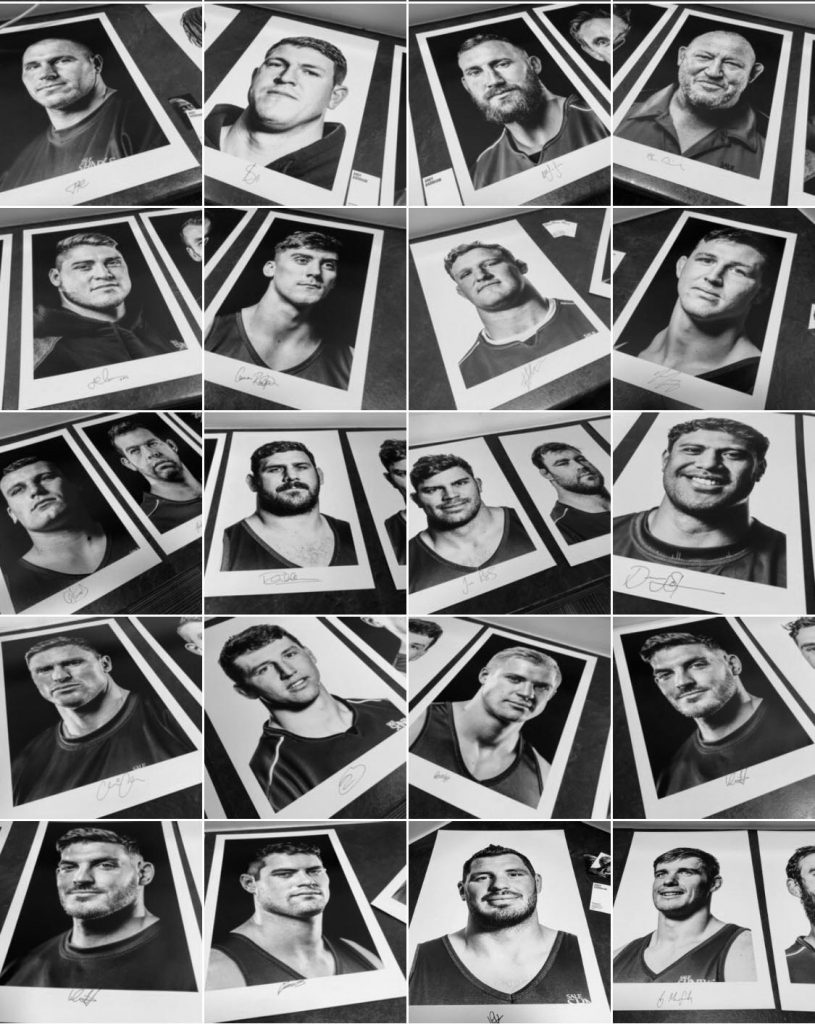 You must be aged 18yrs or over to bid or purchase on this website.  A £4.99 Flat Rate Postage Charge will be added to your final Cart total on winning bids or  “Buy it Now” purchases at checkout on  Sale Sharks Auction Products.  A £1 Order Processing Fee is added to every Order Total at Checkout to help cover a small part of the cost of merchant payment processing fees that we are charged with every transaction.  Sorry, we can only despatch to UK billing addresses.  If you are outside the UK, please contact us via email at info@villagespartans.co.uk.