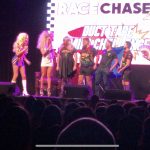 A crowd of Ru Paul’s Drag Race fans got treated to the Spartans attempting to create a human pyramid with international drag stars Alaska and Willam as they were invited up on stage during the Manchester leg of Holy T’s, “Race Chaser Live”.

Five of the Spartans (Pit) Crew – Sciatica included – lept up to take the mini-challenge to applause from the crowd at Manchester Academy. Wearing a combination of kit, wigs, padding and stunning make-up, our rugby boys turned drag superstar.

Earlier in the evening, another Spartan, Tom, had been pulled out of the crowd to endure a banana challenge alongside three other competing members of the audience.

The show was attended by a large group of Spartans who all wore kit to promote the club – with quite a few heading back to Bar Pop, one of our Sponsors, to carry on the mid-week, mini-social at the after-party.

RACE CHASER is the current hit podcast devoted to the discussion and dissection of every episode of RuPaul’s Drag Race starting from the very beginning. Hosted by two of the most iconic queens to ever compete on the show: ALASKA (Season 5, All-Stars 2) and WILLAM (Season 4, Drag U), RACE CHASER is an insider’s look at the worldwide phenomena that is RuPaul’s Drag Race.

Our thanks to Holy T Europe for the opportunity and the photo.

You can check out tagged Spartans posts all on our social feeds page right here on our website. 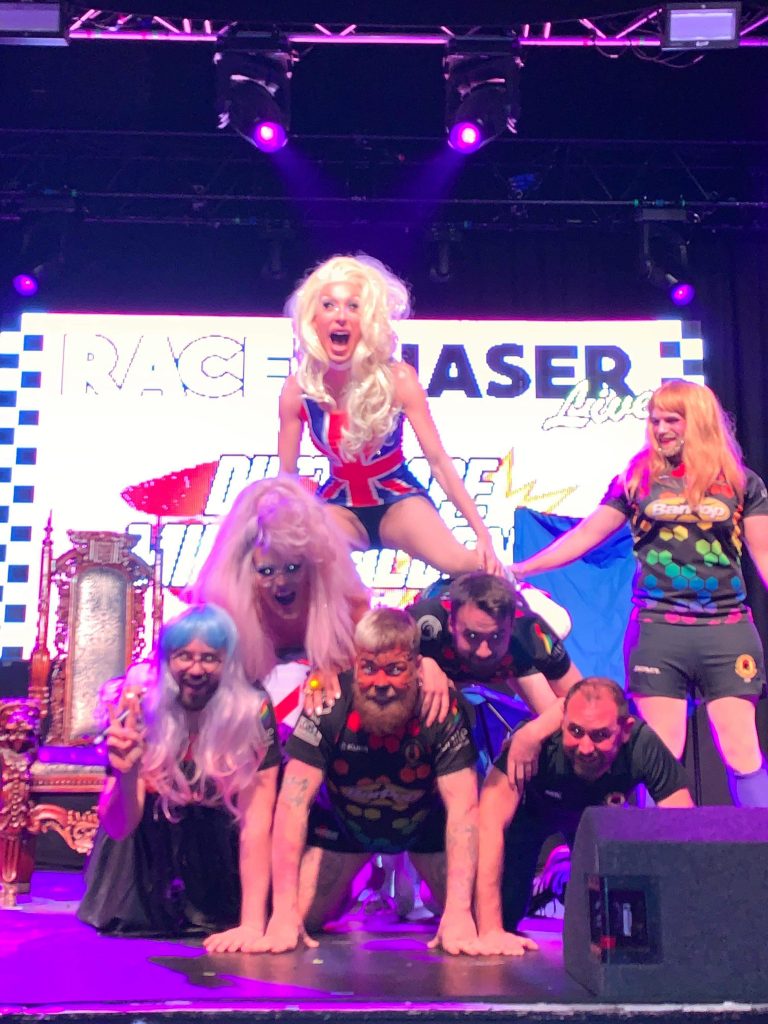