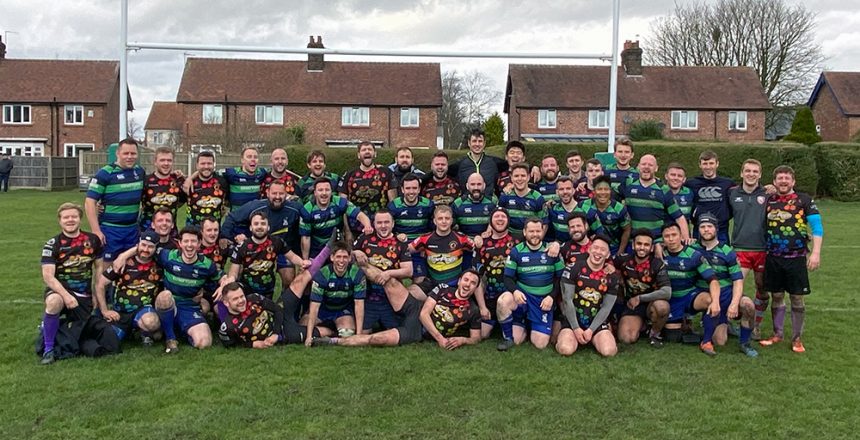 Trophy will be in London for the Steelers 25th Birthday.

Although the Spartans celebrate their 21st Birthday on Monday, their friends in rugby (and the world’s very first rugby club set up for Gay and Bisexual men) decided they weren’t giving their hosts The Pioneers’ Cup as a present today.

Celebrating their 25th birthday this year, The Kings Cross Steelers, represented by their 3XV, showed they were the stronger side in this entertaining match against our 2XV.

The Pioneers Cup is now a regular, friendly, but competitive, fixture between the two clubs and is played in the spirit of the worlds first Rugby Union match which was  between our two IGR-founding teams back in 1999 at Manchester Pride.

Kicking off at 1:15pm today, the friendly was part of a double-header of rugby down at the Spartans’ re-developed home ground at Sale Sports Club which also saw the 1XV play their Halbro League match against Birkenhead Park Tigers  (Unfortunately, losing to the powerful team currently second-placed in the table).

The Steelers are joining the 1XV and 2XV on a big night out on Canal Street starting at Bar Pop and Via.

Watch the historic match between the Spartans & Steelers below.