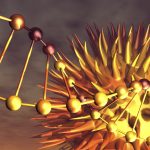 The club will be releasing some information about our own return to rugby following the successful, measured and limited restart of O2 Touch Rugby training on Mondays for existing members.

Meanwhile, you can catch up on the RFU’s guidance below and also view Sale Sports Club’s latest newsletter about reopening here.

The RFU Return to Rugby roadmap consists of six stages, Stage A relating to individual training with one other person, moving through to Stage F when there can be a return to competitive matches against other teams. We are currently at Stage B following the government’s announcement of 28 May.

A roadmap infographic and more detailed guidance has been produced to clarify the six stages of the roadmap.

The return to rugby roadmap is available to download as a pdf.

Timescales to allow progression between stages will be carefully managed and will be determined by medical and government advice. Regular updates will be issued by the RFU, along with detailed guidance, as each progression takes place.

“A great amount of work has been undertaken since rugby was suspended in March to align the various stages of social distancing announced by the government with our decision making focused on the best interests of players, volunteers and clubs,” said RFU chief executive Bill Sweeney.

“When considering the roadmap for a return to community rugby, we were aware that some clubs wanted to get back quicker than others as a major concern of clubs is to retain their players and preserve their revenue streams.  We also recognise that other sports may return quicker in England and that rugby may return quicker in other countries.  However, we will stay focused on what is right for rugby in England.

“Whilst we are keen to have rugby being played and members returning to their clubs, we need to be cautious and will therefore only move from one stage to another when guidance and advice says that it is safe to do so.

“There are many implications of a staged return to play, including the impact on the competitive programme, rugby activity in clubs, schools, colleges and universities and also the use of club houses and indoor facilities. We remain committed to addressing these challenges in the run up to the 20/21 season.” 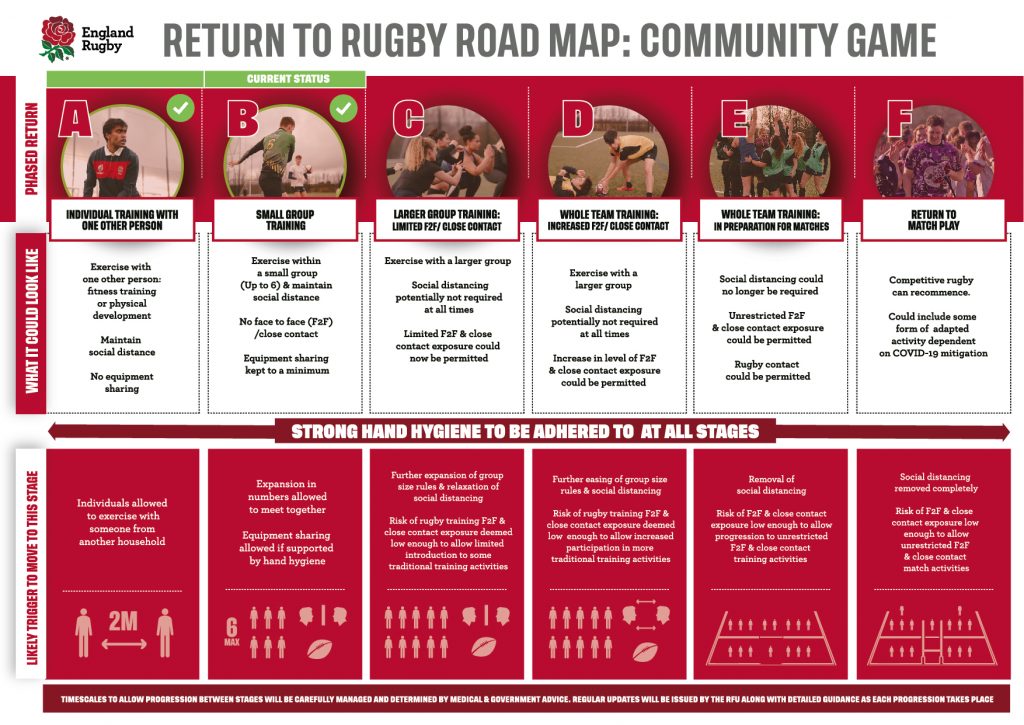 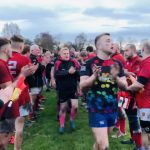 A great day of rugby for the Spartans 1XV and 2XV

Meanwhile, over on the East coast, the Spartans 2nd XV won their IGR UK League Northern Divsion away match against the Hull Roundheads with run outs for several of our newbies against the Hull team who are just over a year old.  A great experience for both teams. 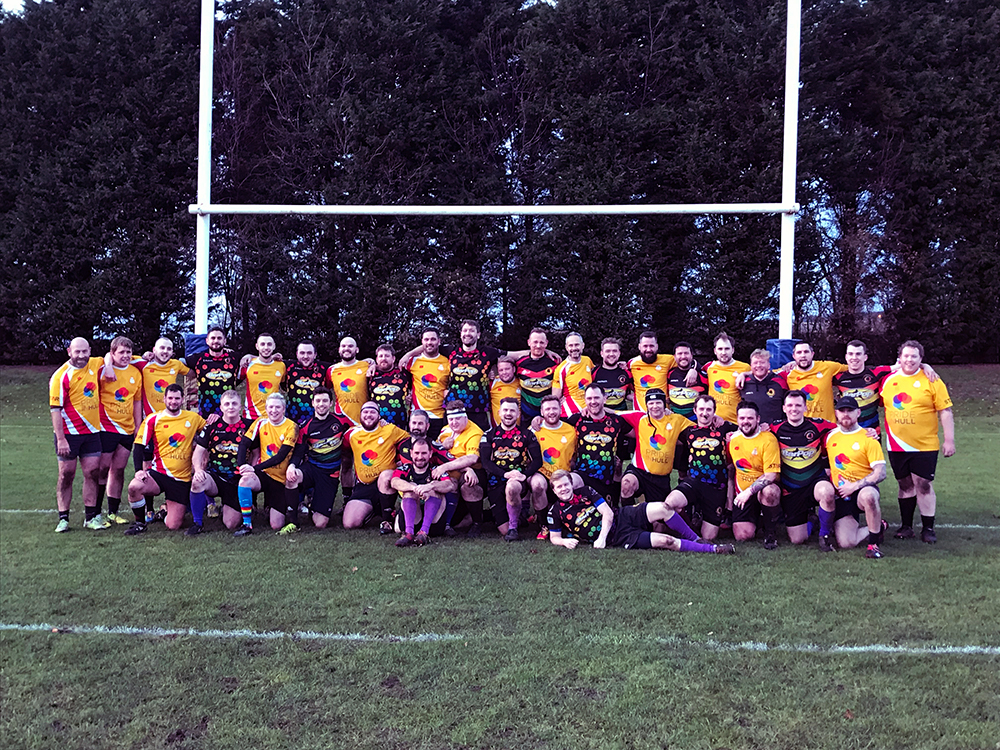 (Warning: Strong language in the video below) 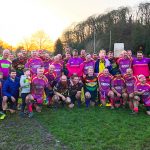 After a really great game away, the 2nd XV came away with 17 points against a very experienced Vets team at Congelton RUFC in the Halbro Northwest Leagues Friendlies Division

Unfortunately, the 1st XV had to conceed their game against Winnington Park RFC.

Whilst we wait for the RFU’s Division 3 South table to be updated, you can check out both the 1st and 2nd XV’s results this season here.