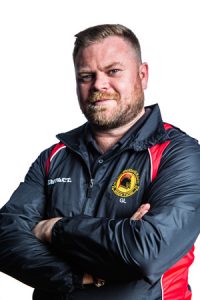 Gareth joined the Spartans in 2007 as player and was PR, Media and Communications Secretary from 2009-2017. He became a club director in 2017 and was recently elected Chair of the Village Spartans, taking up these duties in the 2019/20 season.

He is an Associate Director at Resourcing Group, a recruitment business specialising in the built environment, working predominantly with clients in Health and Higher Education.

Gareth has represented the club at many charitable and England Rugby events including meeting with H.R.H Duke of Sussex, Prince Harry at a Sport Relief, “Try For Change..”  He has delivered presentations to large audiences about Inclusive Rugby and Equality in Sport at events managed by Stonewall, LGBT Foundation and corporate LGBT Staff events. Gareth has also been interviewed many times by national and local broadcasters about the value of inclusive rugby and sport for all.

He is a passionate advocate for sport’s role in improving mental and physical health, breaking down barriers and bringing people together.